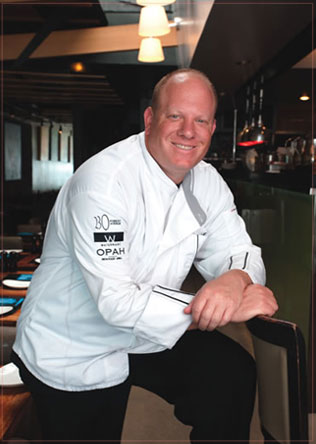 Marc Cohen was born in Baltimore, Maryland, where he first discovered his passion for cooking as a teenager at a local seafood restaurant. While still in culinary school at Johnson & Wales University, he won several gold medals as a member of the famed Chaîne des Rôtisseurs U.S. Culinary Olympic team that competed in Frankfurt, Germany.

Cohen has worked in some of the finest kitchens on the East Coast, before moving to the West Coast in 1995 to open his own restaurant, 230 Forest Avenue in downtown Laguna Beach. The success of this restaurant earned him the National Silver Plate Award from IFMA in Chicago, as the top independent operator in the country. Following the continued success of 230, Cohen made Mission Viejo, California his home and opened his second creation, Opah Seafood Grill in nearby Aliso Viejo. His newest creation is the iconic Watermarc Restaurant in Laguna Beach.

As Executive Chef and Operating Partner, Cohen continues to bring his 25 years of culinary expertise and love affair with seafood to 230 Forest Avenue, Opah Seafood Grill and Watermarc Restaurant.